LOL! P&G to trademark social media acronyms in a bid to target Millennials 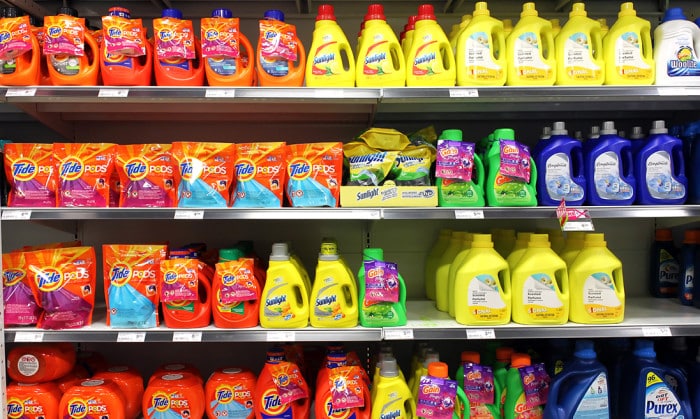 Procter & Gamble (P&G) has applied to the US Patent and Trademark Office to trademark three-letter acronyms including “WTF” (What the f***), “NBD” (No big deal), “FML” (F*** my life) and “LOL” (Laugh out loud) for its dishwashing detergents and soap brands. These include Tide, Mr Clean and Febreze, according to multiple media reports including CNBC and Bloomberg.

Those four three-letter acronyms, which are widely used among Millennials today, will also be used in hard surface cleaners and air fresheners. Additionally, the company has also applied to trademark the phrase “Home Made Simple” in those categories, CNBC reported.

Marketing has reached out to P&G for comment on the decision behind this move and how the three-letter acronyms will be used in their marketing efforts.

Meanwhile, in its latest earnings call earlier this month, the FMCG giant said it sees “more savings potential” in areas such as advertising agency fees and production costs. This was after achieving nearly US$1 billion in these areas over the last four years, CEO David Taylor said.

Overall, P&G plans to return to one-stop shops “where it makes sense”, and reunite its media and creative. It is also implementing six in-flow models and reducing the number of fixed retainers. It will also flow creative resources in and out on an as-needed basis.

In April this year, P&G announced that it plans to form a standalone agency for its fabric care business in North America, to further cut costs and create more efficiency in its marketing efforts. To save US$400 million, P&G also plans to reduce the number of agencies it is working with by another 50% in 2018. To date P&G has already reduced its agency roster from 6,000 to 2,500, saving US$750 million in agency and production costs, and improved cash flow by over US$400 million additional through new payment terms.

Last year, it also revealed plans to reduce marketing spend by US$2 billion in the next five years. This was part of a broader US$10 billion cost reduction plan it launched one year ago, according to several media reports.