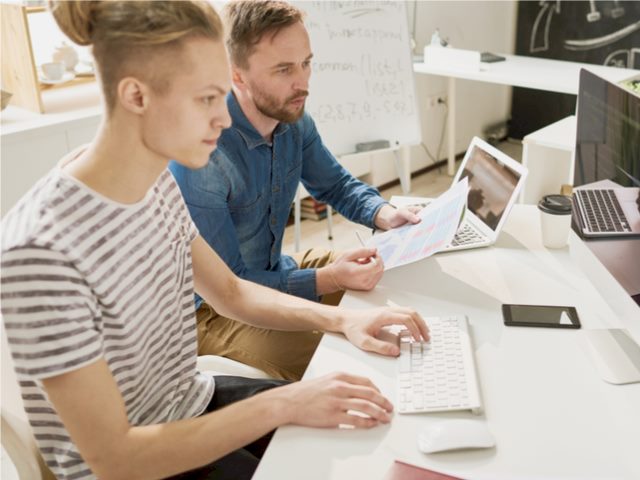 If you are tired of sitting in never-ending meetings in which no decisions are made or of giving “attaboy” back- pats to millennials every time they do something right, there’s relief on the way. A new generation is coming into the workplace that won’t stand for those kinds of things. Call them the Class of 2018, Gen Z, iGen, Plurals, or whatever other term suits your fancy, experts say that they are bringing a different set of behaviors, values and demands to the office than the generations — millennials, Gen X, Gen Y, or baby boomers — that came before them.

That may not be a bad thing according to Tauseef Rahman, principal consultant at Mercer. “Other generations may want some of the same things (more flexibility, diverse career tracks, broader suites of benefits) too, but have not felt they were in the position to ask,” he said.

Better Benefits for All

Take unlimited vacation, for example, who doesn’t want that? While older generations might have seen it as an extraordinary benefit, many in the post-millennial workforce see it as an entitlement. “Gen Z job candidates come right out and ask why we don’t offer it,” said Umberto Malesci, CEO of Fluidmesh, a New York and Milan-based wireless communications systems vendor. He added that Gen Z does not hesitate to tell their managers what the companies who are competing for their talent have to offer. As a result, “we were forced to improve our benefits for everyone,” said Malesci, pointing out that, in the past, workers were not so bold or so insistent.

Such straight-forwardness and comparison-making is not to be unexpected, according to Marcie Merriman, an executive director at EY. “Prepare to be transparent,” she tells her corporate customers, explaining that Gen Z grew up with internet connected phones and a world full of information always at their fingertips. Between their social networks and sites like Glassdoor and Linkedin, Gen Z knows what an employer’s actual brand is all about; they don’t rely solely on the marketing messages that are passed their way during job interviews. “Gen Z is skeptical by nature,” said Merriman.

Money Is Not All That Matters

This year’s entry level workers are more independent too. “Gen Z wants you to give them a goal and to then go away,” explained Merriman. Paul Szyarto, CEO of Delcon Construction, a web-based construction management software platform based on Microsoft technologies, said that Gen Z mentality is that of “mini CEOs” and that they expect their bosses to be more like mentors than supervisors. To make his newest employees happy, Szyarto assigns projects to them and then lets them set delivery dates and pricing based on hourly rates. “The more efficient they are the more money they make,” he said.

And money matters to Gen Z, but not as much as work-life balance, according to a survey conducted by Propeller Insights on behalf of Canvas Blue, a marketing and advertising firm based in Los Angeles and New York City. Other generations, such as Gen X, Gen Y, and baby boomers have rated pay as number one on the list, while a study conducted by Fidelity Investments revealed that millennials would even take as much as a $7600.00 pay cut for a better quality of work life (career development, purposeful work, work/life balance, company culture.)

While telecommuting, or the ability to work from home, might be selling points to millennials and the generations that came before them, for Gen Z “work” (as in “going to work”) is not a place,” but something that they do anywhere with their technology,” according to Rahman. Gen Z is not typically wowed by the technology that their companies provide either. While baby boomers, Gen X and Gen Y’s might have seen getting a new company iPhone or a speedy personal computer as a perk, the newer generation does not. “Gen Z does not see technology as being expensive or elusive the way previous generations did,” he added.

Gen Z does care about how their workplaces are designed so forward-thinking companies are partnering with design firms to make their offices destinations-of-choice for getting work done. And this isn’t just about ergonomics like standing desks to combat “sitting is the new smoking,” according to Michael Bonomo, director of global workplace at design firm CannonDesign. Forward-thinking companies are using LEED certified materials like Terrazzo made of recycled glass and porcelain that would have otherwise been landfill, open floor plans complete with co-creation spaces where groups can gather on ergonomic couches and love seats to flesh out ideas and such, as well as boutique coffee bars and delicious and healthy snacks which are as trendsetting as anything that can be found on the outside.

And while people have probably always wanted to work for socially responsible employers, millennials began to verbalize the call and to create companies that answered it. Take eyeglass maker Warby Parker’s Buy a Pair, Give a Pair pledge, Tom’s shoes One for One promise, to give a pair of shoes to a child in need for every pair of shoes that it sells, and KIND bar maker’s Pop Your Bubble campaign as examples.

Not only does Gen Z aspire to work for companies like these, but they are increasingly interested in finding out what employers are doing to keep them safe at work, according to Samantha Sackin, managing director of Canvas Blue. Between the unprecedented number of school shootings that may have affected their younger siblings and the rapid uptick of gun violence in the workplace, hiring managers are being asked, perhaps for the very first time, “What are you doing to protect me while I am doing my job?” While the measures taken after 9-11 might still provide older generations some solace, to Gen Z they are a given and not enough. “When Gen Z wants change, they want it now,” said Merriman, pointing to the rapid student uprising “March for Our Lives” in reaction to the Parkland shootings.

According to experts, workers are in a better position to change the workplace right now than they have been in decades for one simple reason; the unemployment rate is the lowest it has been since the year 2000 and there are almost more jobs available now than there are willing workers. Employers who want the best talent will have to raise their games and the workforce is in a position to define what that means.

Rahman says that companies are looking carefully at how they should be spending their money to attract, nurture and retain the best talent and that the answer will likely be less boiler-plate and more around the creation of personalized employee experiences.