The Silent Generation: From Saipan to Tokyo 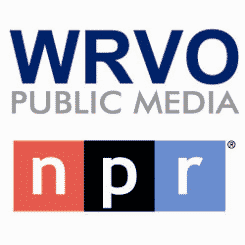 The final year of World War II in the Pacific, told by men who came back and kept silent about the harrowing ordeal that changed their lives.

Eugene “Bud” Clark, a pint-sized scrapper from Macon, Georgia, mowed down Banzai warriors, watched mass suicide on Saipan, and was severely wounded on Iwo Jima. Howard Terry was traumatized by his accidental killing of an Okinawan boy, returned home angry, belligerent and unable to hold a job. Anthony Daddato lost his best friend to friendly fire, contracted dengue fever, malaria and tuberculosis, and spent three embittered years in hospitals before a feisty nun’s advice changed his outlook. Giles McCoy went down with the Indianapolis in one of the worst naval disasters in history. These are just a few of the voices in “The Silent Generation”, a one-hour documentary that follows more than a score of men through the definitive year of their lives. Men from all walks of life and all corners of the nation. Men who melted quietly back into civilian life and kept silent for decades. Men who, as time grows short, have been moved to speak with unflinching honesty of events that changed them forever.

Their memories are not for the faint-hearted. Here is a view of war from the foxhole. A side of war as relevant today as in 1945. To listen is to understand why they, like tens of thousands of others, could not speak for so long.

“The Silent Generation” closes with their unblinking, often wrenching remarks on how combat later affected their attitudes, identity and everyday lives. Producer/Narrator Borten knits their stories into a chronological whole, adding archival newscasts, live reports from the battlefield, and little-known historical details that, together with these unforgettable stories, bring a momentous, searingly brutal chapter in history to life.