3 ways to reach Gen Z during the holidays 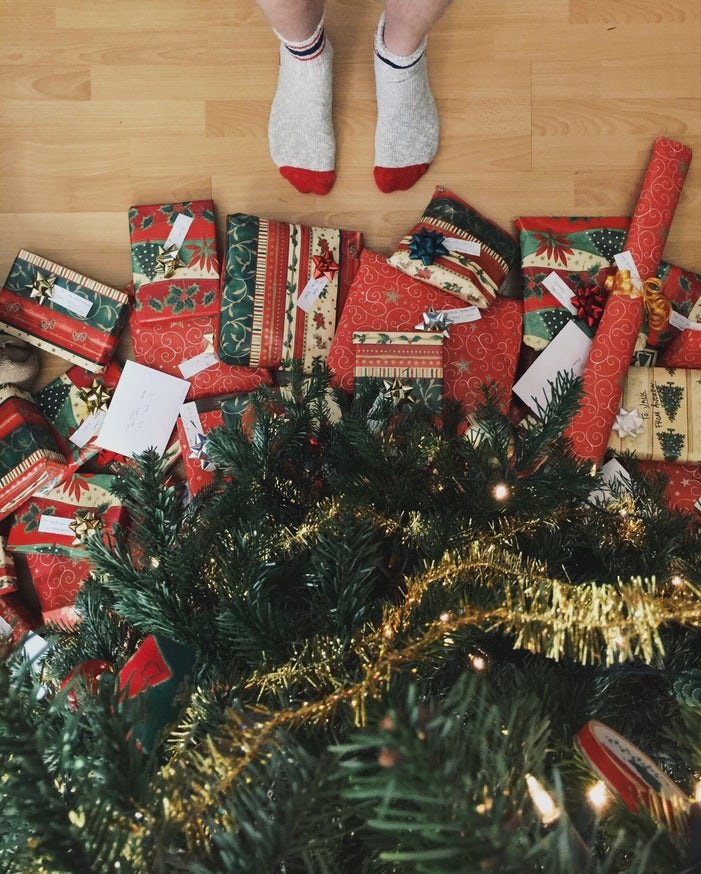 Now that Halloween is behind us, there’s only one more major holiday before Christmas, Hanukkah, Kwanzaa and their ilk become the prime focus of consumers (and retailers) everywhere. And while is a must for most retailers, there’s one group in particular that’s bound to draw a marketer’s attention.

Gen Z — that class of that has everyone buzzing — is still a developing consumer group, but it’s one that retailers have become particularly interested in. While older members of Gen Z (roughly the 16-22 year-olds) are a retailer’s primary focus right now, the younger ones are maturing quickly and, by some measures, they’re already ready to .

“While Gen Zers may not hold the purse strings, or necessarily control the money that they’re using, they’re still expected to have input and they do have input,” Katherine Cullen, director of consumer research at the National Retail Federation, told Retail Dive about why it’s important to target the young generation.

Here are the top three ways to reach out to Gen Z during the holidays — and make sure you’re hitting the nail on the head each time.

Having grown up with social media platforms, most Gen Zers are used to visual forms of storytelling from brands — in fact they prefer it. According to the NRF’s , which offers a veritable , the younger generation turns to TV (46%) and Instagram (44%) most when looking for gift inspiration, followed by Facebook (39%), Pinterest (30%) and lastly email (19%).

Those platforms also have a serious impact on their buying behavior. Gen Zers are than they are by discounts and is influenced by social media when making purchases. According to Jared Blank, senior vice president of data and insights at Bluecore, the holidays are a perfect time to reach out to the group with a well thought-out story — whether on social media or otherwise.

“Brands historically have invested more in storytelling and an emotional connection and visuals during the holidays,” he said, “And I think that’s the kind of thing that appeals to this generation, who are used to a very visual conversation on Snapchat and instagram.”

“It’s more a matter of retailers and brands doing the right thing to be invited in as opposed to brands or retailers trying to crash the party, if you will.”

When developing a story, retailers should be careful to select something that not only resonates with the brand’s image, but also comes off as authentic, honest and mature. Sara Spivey, CMO at Bazaarvoice, stresses the importance of acting more human around these shoppers instead of pushing sales promotions down their throats.

“It’s more a matter of retailers and brands doing the right thing to be invited in as opposed to brands or retailers trying to crash the party, if you will,” Spivey said. “Trying to over-hype something is not going to be well-received. They see through it and it creates a level of distrust. The more you can be authentic and vulnerable as a brand or a retailer, the more they’re going to identify with you because they’re trying to be authentic and vulnerable.”

Indeed, some of the were ranked that way because of the trust, transparency and respect they engender in customers. Topping the list were REI, L.L. Bean and grocer Trader Joe’s — companies known for their customer service, well-treated employees and generally strong brand image.

Those kinds of qualities resonate not only with millennials, who when purchasing, but also with Gen Zers, who choose brands that are eco-friendly and socially responsibly (55%), as well as those that they feel understand them as an individual (53%).

“If you can get people who are 16-22 to engage with you and understand your value really deeply, you’re going to get a ton of lifetime value out of that customer.”

Senior Vice President of Data and Insights at Bluecore

Appealing to Gen Zers during the holidays with more visual, captivating ads — and having a plan to continue telling those stories in the spring — could also help retailers hang on to them after Christmas has come and gone and avoid the case of the “one-time holiday shopper,” according to Blank.

“If you can get people who are 16-22 to engage with you and understand your value really deeply, you’re going to get a ton of lifetime value out of that customer,” Blank explained. “It’s a real opportunity for retailers to think, ‘okay, if I want this customer to grow with me, what’s the story, what’s the value I need to present to them?’ so that it’s not just an ‘oh I’ll run in and get a gift card and leave.'”

In the heyday of department store retailers, it was a strength to be the one-stop shop for holiday gift giving. Nowadays though, consumers are increasingly interested in making sure their presents are as unique and as personal as possible. That’s especially true for Gen Z — a study by Yes Lifecycle Marketing found that 35% of the generation look for personalized gifts when they’re buying for others.

They’re also much more likely to make purchases based off of a retailer’s recommendation, per the NRF, with 84% of the group saying they’ve done that at least once. Thus, as retailers focus on marketing to the young group, they should emphasize gift-giving guides and other more personalized forms of marketing.

“As retail has become more fragmented, it’s a lot more challenging to be able to say to a 20 year-old that any store can fulfill all of your gift-giving needs,” Blank said, recommending that retailers shift their targeting to focus on individual groups. For example, “this is a place to buy a gift for your mom specifically rather than being a one-stop shop.”

That kind of personalization applies both online and in stores — and it also applies to gifts Gen Zers might be buying for themselves. According to data from the IBM Institute of Business Value and the NRF, almost half (44%) of Gen Z have said they’d be interested in submitting product designs for a brand, while 42% would play an online game for a brand campaign and 36% would create digital content for a brand.

For that reason, retailers should look to promote any personalization services they have, both on digital platforms and in the storefronts themselves. But they can’t forget about the basic in-store experience either: Gen Zers aren’t afraid to make returns. Indeed, 80% said they made returns last season and 56% said they bought items that they knew they would return later, per the NRF, suggesting that retailers with more flexible return policies and other in-store perks will do better with the young group.

“If you give them a reason to leave, they will.”

Director of Consumer Research at the NRF

“If you give them a reason to leave, they will: 92% of Gen Zers said they left a store at least once because they couldn’t find what they were looking for and that’s a huge number when you think about this group as consumers,” Cullen said. “In stores, that might translate to making sure the store is set up so they can find what they’re looking for, whether that’s using technology or training store associates depends on the store.”

To that point, store associates can be a great tool for retailers looking to give Gen Z the personalized shopping experience that they so often crave. Taking an approach similar to Best Buy or Sephora, where store associates are trained to be knowledgeable and helpful, can go a long way in securing a Gen Z purchase, but that’s not always a priority for retailers during the holidays, Blank notes.

“You’re just hiring to get more people checked out,” Blank said, adding that most retailers don’t train their staff to be consistently knowledgeable. “The opportunity for making a longer-term connection in a deeper way — that’s very hard when you’re hiring college staff to fill positions for six weeks.”

3. Use the right medium

Gen Z is at an awkward age as a consumer base: some are old enough to be making purchases for themselves, but the majority are reliant on their parent’s generosity to pay for something that costs more than a couple of dollars. That puts marketers in a difficult position too, with some arguing that retailers should over the holidays and others saying Gen Zers have enough influence to be marketed to directly.

Regardless of whether a retailer chooses to involve the parents, some methods have more success than others when targeting the digital natives. Social media and mobile are key for this group, especially considering that they twice as much as other generations and that the spread of Instagram users whose purchase decisions are influenced by the platform .

For that reason, Spivey recommends retailers choose influencers from the platforms that kids are spending the most time on, as well as advertising to them through those platforms. And that includes some of the more alternative offerings.

Senior Vice President of Data and Insights at Bluecore

“They’re much more likely to identify with someone who is kind of in their age group, [who] is, they think, representative of how they think and feel — and they’re more likely to find those folks through Instagram stories or Snapchat or YouTube,” Spivey said.

She notes that user-generated content is a big plus when trying to engage Gen Zers, making moves like and right on the mark. Indeed, Gen Z is one of the most active generations when it comes to product research: they do their homework no matter what price point they’re shopping at, with almost 80% of the generation saying they did research for a gift that cost less than $50.

In addition to reading product reviews and looking through photo galleries, Gen Zers are also drawn to platforms that provide video content, according to Cullen, providing another opportunity for retailers to reach out.

“This is a generation that seems to really like video content,” Cullen said. “Whether that’s creating video content themselves — kids 10 or 11 creating their own YouTube content and targeting people their own age — or if they’re looking to video for inspiration. So that’s certainly a tool that retailers have in terms of targeting younger kids.”

“There’s an argument to be made for the very young age of Gen Z that mobile as a platform is going to shift to voice activation and natural language processing as a platform. And it’s happening pretty quickly.”

The NRF also found that Gen Zers were more likely than any other generation to use online wish lists and gift registries, with 41% of the generation interested in the platform, compared to an average of 28%. That being said, online wish lists are not necessarily the next big thing — and they certainly aren’t set to replace the handwritten Christmas list.

“The wish list as it’s been built for 15 years is not engaging,” Blank said. “It’s very web 1.0 and I think that someone will come along and reinvent that in the next year or two… someone will crack that nut.”

While retail is waiting for someone to improve the wish list experience, there could be other advancements on the way. Spivey envisions a world in which kids can engage in a sort of Q&A with mobile apps and voice assistants to help them find the perfect gift for their friend or family member, much in the same way that we might engage with a skilled store associate today.

“I can’t predict how fast or how slow this ship will be, but I think there’s an argument to be made for the very young age of Gen Z that mobile as a platform is going to shift to voice activation and natural language processing as a platform,” she said. “And it’s happening pretty quickly.”