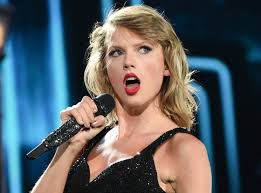 Sweety High, a digital media company for Gen Z girls, has released its first Gen Z Music Consumption & Spending Report, which reveals research around the preferences of the powerhouse cohort. According to the report, while YouTube ranks as the top platform for music discovery (75 per cent), more than half of respondents also cite Radio (58 per cent) and Movies and TV Shows they watch (57 per cent) as top sources for exploring new artists. Additionally, while they may have grown up in an age of reality TV, Gen Z shies away from talent featured on competition shows: they appreciate contestants’ talent but are unlikely to listen to their music after the show ends (78 per cent).

While streaming platforms, like Spotify, ranked second for music discovery (70 per cent), the service is Gen Z’s top choice for frequent listening (61 per cent). YouTube drops to 6th when it comes to general listening (30 per cent), with more Gen Z respondents preferring to listen to music they own, via CDs (38 per cent) or iTunes (36 per cent). When it comes to overall consumption, streaming services have clearly become the new normal, with 66 percent of Gen Z saying they use both for discovery AND listening, vs. Radio (55 per cent) or YouTube (25 per cent).

“Music plays a pivotal role in Gen Z’s lives. They have more options than ever to find undiscovered music, and Gen Z embrace that diversity in their music genres (nearly all, 97 per cent say they listen to 5 different genres regularly) and platforms, blending a mix of new and traditional media options for music discovery and consumption,” said Frank Simonetti, CEO, Sweety High.

Additional key findings from the survey include: