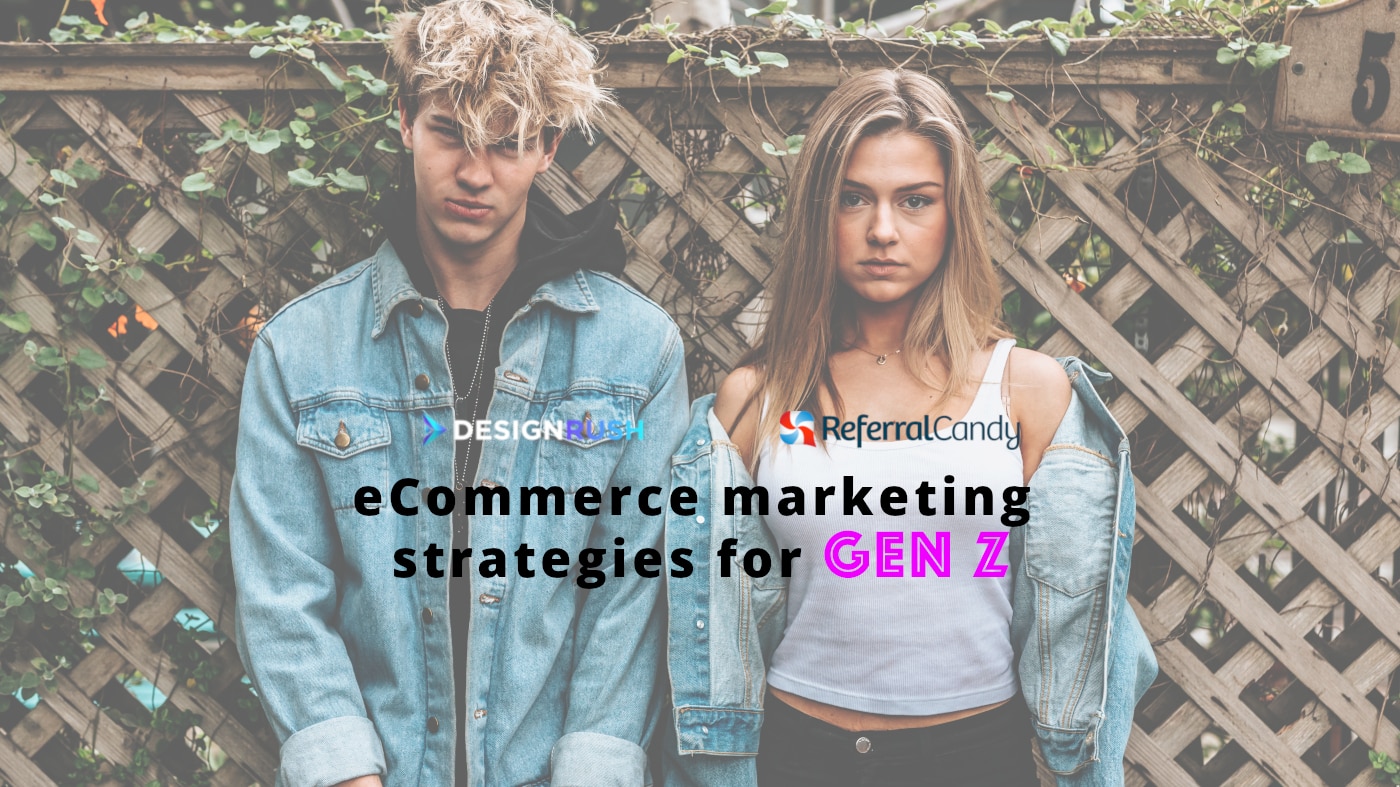 Marketing to Generation Z will soon become an increasing concern. Defined as the generation of consumers after millennials, ‘Gen Z’ consumers — born from the mid-1990s onwards — are entering their early twenties and late teens, making them an emergent demographic in terms of spending power and with the highest growth potential.

In this guestpost, our friends from DesignRush share how to market to Generation Z, and how eCommerce brands can stay relevant to those who grew up after the widespread popularity of the internet.

Generation Z makes up about in the United States. Their spending power is estimated to be (and that’s without taking into account their influence on household spending), which makes them a formidable consumer demographic. However, a lot of businesses are still struggling in their attempts at reaching out to Gen Z.

A part of the problem lies in the gap between generations – business people and Gen Z’ers have widely different views on marketing, business, entertainment, and consumer culture as a whole. As a result, conventional methods for promoting products and attracting consumer attention don’t work well on Gen Z’ers, and there is as of yet no consensus about which of the new methods is the most effective.

This makes running an ecommerce marketing operation for Generation Z audiences an inherently challenging endeavor. So in order to bring some clarity to the matter, we have created a list of digital marketing strategies with a good track record at turning Gen Z’ers into paying customers. Try using them as a guideline for developing your own, Gen Z-friendly digital marketing approach.

Gen Z’ers became accustomed to handling digital technology from an early age. And their computer of choice is no longer the desktop PC, but the smartphone. Their choice of internet browsing platform also means that digital marketing strategies aimed at desktop users are no longer effective, particularly when it comes to ecommerce web design. Mobile marketing is important.

2. Do Promotion on Next-gen Social Media

According to Nielsen, Generation Z are most susceptible to celebrity influencers

It is now common knowledge that in order to succeed at ecommerce, you need to have a presence of on social media. However, businesses frequently make the mistake of assuming that younger demographic cohorts such as millennials and Gen Z’ers have the same preferences when it comes to social media platforms.

In reality, you are much more likely to find millennials browsing sites such as Facebook and Twitter, whereas Gen Z’ers tend to use mobile-focused networks such as Instagram and Snapchat. Gen Z’ers use social media for chatting with friends, sharing , and following influencers from niches that interest them, so it makes perfect sense that they would prefer Instagram over Facebook.

Read Also: 5 Tests to Identify Influencers who will Deliver Real Results for your Business

Gen Z’ers came of age during the time when the world economic system came to a grinding halt as a result of the housing market collapse of 2007. Even though Gen Z’ers from developed nations didn’t get to experience the consequences of the recession directly, they still grew up in households that did. And with less money to go around, Gen Z’ers came to appreciate the virtue of being frugal.

From an ecommerce perspective, this means that Gen Z’ers will tend to purchase products or services only once they are on sale. To leverage this fact, you should make sure that you have a prominently featured sales section on your ecommerce storefront. You can also employ a tactic whereby you set the base price of an item at twice its original value, and then have it offered at a permanent discount.

4. Present Yourself as Socially Aware

Generation Z has a heightened awareness for issues plaguing our society, and the world at large. And If they find out that a company is engaging in practices they find objectionable, they will make it their first priority to avoid doing business with it.

Conversely, a Gen Z’er will jump at the opportunity to support an enterprise that is in line with their values and views. While individual Gen Z’ers have varying beliefs, there are a number of ideals they tend to share in common, including their support for inclusivity, multiculturalism, social justice, , and anti-capitalism.

These attitudes can easily be leveraged for marketing purposes by savvy ecommerce entrepreneurs. One way of doing it is to espouse support for the aforementioned values on social media, the company blog, and on the storefront itself.

As digital natives, Gen Z has little patience for systems that rely on human agents for performing mundane tasks. Instead of relying on others to accomplish what they want, whether it is registering an account, purchasing an item, or installing a piece of software, Gen Z’ers prefer to figure things out for themselves.

Digital natives themselves from young, they are comfortable with web products

They also don’t much care for being told what to do, whether through lengthy manuals, mandatory tutorials, or unskippable introduction videos. In other words, Gen Z’ers have a predilection for . What you can do as an ecommerce outfit is to provide alternative systems for services such as customer support. For example, instead of having a large support staff on hand, you can set up a customer service chatbot to answer common questions, place orders, and offer solutions to problems a Gen Z customer might have.

Contrary to popular belief, Gen Z consumers are not averse to digital marketing as such. Growing in an online environment has made them used to seeing ads everywhere they look, but this does not mean that they will actually pay attention to them. ‘

Digital marketing campaigns aimed at the largest possible audience are a thing of the past as far as Gen Z is concerned – they’ve seen everything that there is is to see already. However, Gen Z’ers will focus their attention on ads if they are directly related to their personal needs and desires.

So in order to appeal to Gen Z’ers through traditional digital advertising, your ecommerce website has to produced a . This can be accomplished by creating targeted landing pages, publishing content aimed at the right buyer personas, and giving personal replies to messages on social media.

There are a lot of subtleties that you need to take into account when trying to appeal to Gen Z consumers, but with a right digital marketing strategy in place, the task becomes more manageable. Give these strategies a try, and let us know how they are working out for your ecommerce store.

Larry Reed is a tech writer with many years of experience in crafting web content. Follow Larry on Twitter to read his latest posts on the advancements in web design, marketing, and technology.

Designrush is a new 2B2 marketplace with an aim to connect brands with prestigious agencies. Brands can find business partners in various industries, such as web design, marketing, software development, package design, etc.